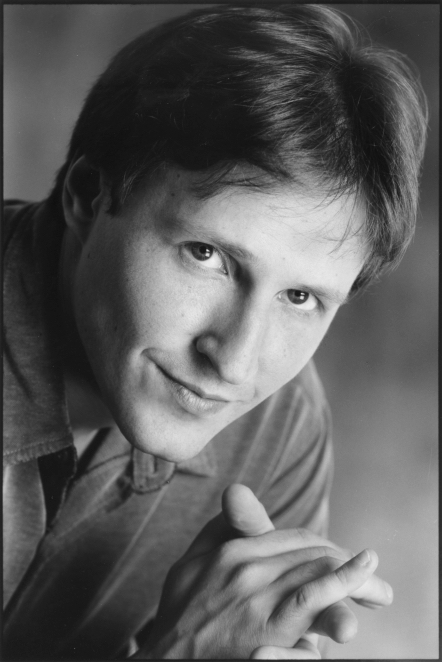 Steven Grabo has been entertaining audiences for what seems like forever!  His music, productions, many characters and voices have been found throughout every medium available.  He's performed in large concert venues and theaters to radio, television, video, Internet and film.

After playing with several musical outfits throughout the Mid-Late 90‘s, Steve suffered a severe setback when his fingers were damaged leaving minimum hand mobility and unable to play guitar.    Being dropped from a recording label shortly after,  he set his sights on Broadcasting, audio & video production.  Since then, Steve’s voice has been heard on numerous commercials, as well as on various radio stations throughout three Continents.

His creation of The Misplaced Comedy Group has been noted as “The #1 Internet Comedy Troupe”,  by MP3.com as well as listed as one of “The Best Emerging Artists” in American Idol Magazine (vol.3 issue 2). Steve has also penned various short films while studying acting under Hollywood icon Mala Powers.   His acting abilities landed him various roles with Genevieve Ramsey’s Pushcart Players, as well as the Carolina’s Low Country and Florida's Professional Theater.   From a comedic side kick, to a stalking cereal killer, Steve’s ability to manufacture and develop a character’s persona will keep any audience wanting more.

His audio productions have won him various awards, including Twelve #1 and 20 Top-40 internet singles with The M.C.G..  After years of recuperation, and tons of music piling up, Steve is now recording again on his own, to present more music for the masses to enjoy!  His many creations, characters and styles of music are available throughout most music stores as he continues to pursue his creativity in the many mediums found throughout the entertainment industry.

Steve plans on releasing new solo music by 2022, where he performs all the instrumentation and vocal tracks himself... also expect new Misplaced Comedy material along the way.